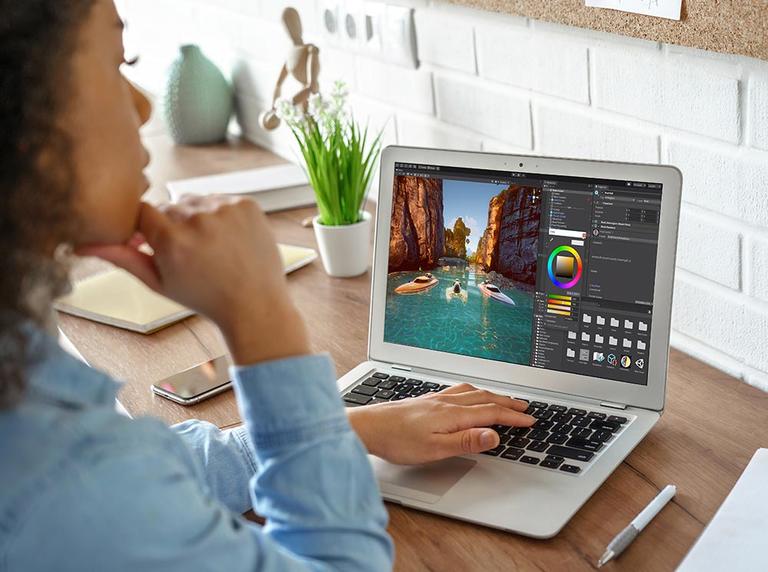 GamingMalta has unveiled a new partnership with game development and real-time 3D platform Unity, which will see the establishment of a new Centre of Excellence in the country, training 400 students to become Unity Certified Developers.

It will also allow for learners to become Unity Certified Instructors within Malta College for Arts and Technology (MCAST) and the University of Malta.

“There’s no better way to begin the year than by announcing this initiative for the video game development and immersive technology sectors,” Mr Filletti said.

In 2021, he reflected, the GamingMalta launched a several schemes to support the game development and esports sectors, including Basecamp, a 700 square metre incubator space, which will have its first startups moving in in the coming weeks.

Also notably, the organisation – a collaboration between the Government and the Malta Gaming Authority (MGA) to promote and support iGaming, game development and esports locally – opened its brand new offices in Zejtun.

These initiatives are already producing a positive effect for the gaming industry – and Mr Filletti pointed to the success of celebrated local studio YouRun Ltd, whose game made it onto the front page of the Epic Store last week.

In a message at the event, YouRun Ltd co-founder Walid Sultan Midani described the new deal as a “great sign” for the game development industry, which would help bring excellence and quality to the products being developed by local studios.

Similarly, Tony Nitschke, CEO of Augmented Robotics, which is aiming to become a leading technology platform for augmented reality software development, said: “Our technology can be easily implemented into Unity, and we are looking to expand our base of Unity experts.”

Likewise, Taylor Feeman, CEO of Axon Park reflected on a decade helping VR and AR professionals develop their skills, during which he oversaw the training of hundreds on Unity’s platform.

“This partnership is a huge testament to what’s happening in the country… Malta is positioned to become one of the major epicentres in Europe for this type of development,” he said.

On behalf of Unity, Nicole Zingg, global head of channel partnerships, said: “Unity is excited to partner with GamingMalta to help equip local talent with the learning materials they need to compete in the job market of today and tomorrow.

“Unity believes the world is a better place with more creators and we see this as an opportunity to directly employer the next generation of creators with the tools they need to succeed. It’s fantastic to be part of a project that is directly creating positive change and greater economic opportunities for learners in Malta.”

At the launch, Mr Evans reflected on his pleasure at seeing the partnership, which was in the works for nine months, come to fruition.

Unity is the world’s leading platform for creating and operating interactive, real-time 3D content, and apps developed with its software see over five billion monthly downloads on over 20 platforms.

Additionally, 94 of the top 100 developers worldwide are Unity customers, according to Mr Evans.

The first will aim to enable students to enter value added positions in the game development and interactive technology sectors straight after completing their academic pursuits.

For the country, Mr Evans stated that this will also offer the potential for intellectual property exports as an additional revenue stream, while also accelerating the startup ecosystem and decreasing the competitiveness gap for workers in the country.

In terms of development, the initiative will aim to promote existing talent, ideas, and companies – building on existing talent, expanding its economic activity, and the country’s “great reputation as a creativity hub.”

Finally, it will aim to attract companies to the country via its talent pipeline, and help the developers of Malta build their products which can be put on the national stage.

“Helping 400 students fits this perfectly. We cannot wait to see all of the possibilities and future projects, built by Malta’s talent, all made with Unity,” Mr Evans added.

In his address at the event, Minister Schembri stated that investing in skills and future opportunities is a priority of the Government – as reflected in its economic vision for Malta, with sustainable growth to improve the country’s quality of life, with high quality infrastructure and investment.

“Education and employment are central to this drive,” he said, adding: “Preparing talent for the future means exposing students to the technology while equipping them with the right skills and tools for the future.”

The scheme, he said, while saving the 400 students embarking on the Unity training thousands of euros in fees, while creating long term strength by training the 20 lecturers.

“We will continue to nurture and stimulate the ecosystem, focusing on linking talent strategies to existing business goals,” he said of the future.

Read next: Tune in on Wednesday for return of Betsson Live, featuring interview with CEO Jesper Svensson