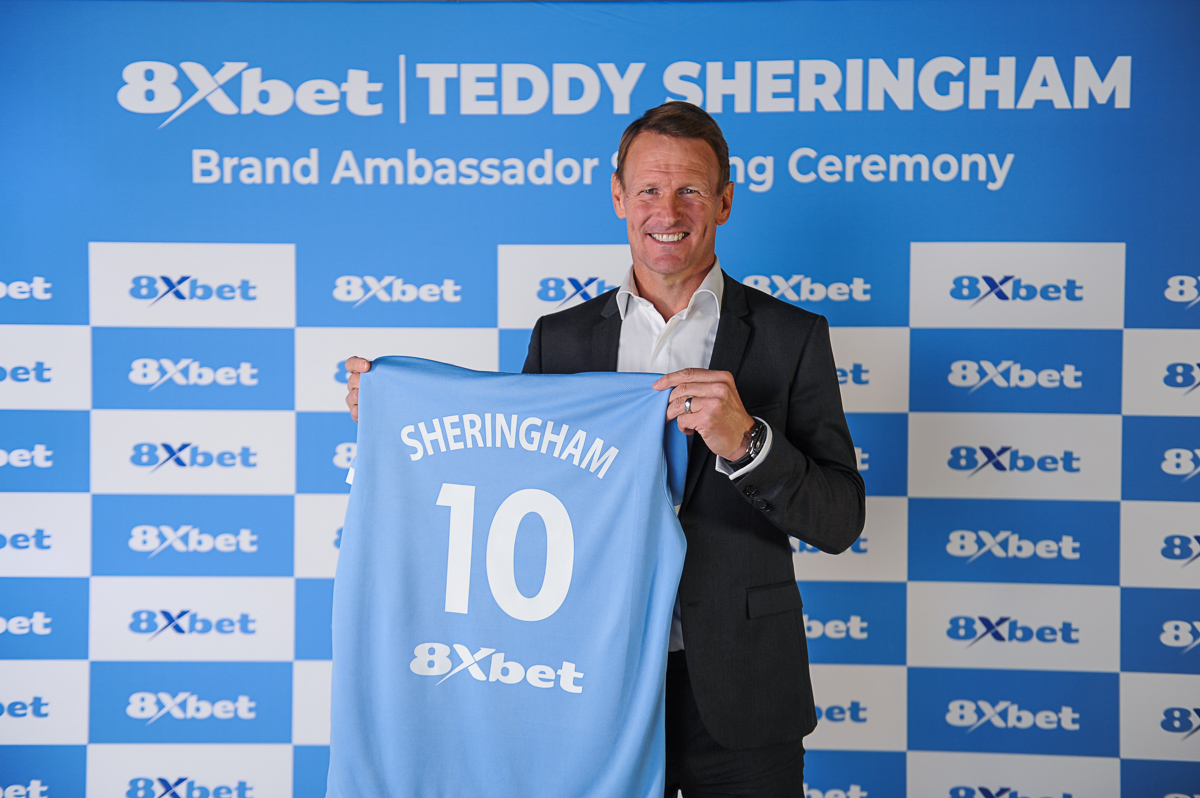 Mr Sheringham, who famously scored for Manchester United in their 1999 Champions League final victory, will help the sports betting and online casino operator grow its audience across Asian markets.

8Xbet was founded in 2018, with the online gambling company licensed and regulated by the Government of Curacao.

To launch the partnership, the former footballer took part in an ambassador signing ceremony with 8Xbet, which is the focus of an announcement video.

The agreement will see Mr Sheringham appear in branding across 8Xbet’s web and social channels, while also providing regular content, where he’ll be sharing his thoughts and opinions on the latest football news and events.

His most successful spell came under legendary manager Sir Alex Ferguson at Manchester United. During four seasons, he won three Premier League titles, an FA Cup, and the Intercontinental Cup, on top of the unforgettable Champions League victory. He was also voted Footballer of the Year in 2000/01 by PFA and FWA.

8Xbet founder Ryan Li said: “8Xbet is extremely proud to be working with Teddy Sheringham, a truly iconic name in the modern era of English football and one of the Premier League’s most prolific strikers of all time. After such a high-profile playing career, Teddy has a fantastic reputation in Asia, and he will help grow 8Xbet as a brand in this region in the years to come.”

Mr Sheringham commented: “I am honoured 8Xbet asked me to become a brand ambassador for Asia. It is a region that I have fond memories of visiting as a player – and many times since. I look forward to representing and working with the team at 8Xbet and engaging with their customers.”

The partnership between Sheringham and 8Xbet was brokered by Bear Faced Talent.

Bear Faced Talent founder Josh Landy said: “Teddy Sheringham is one of the finest strikers to have played in the Premier League and has huge appeal around the world. We are very excited to have made this deal happen and are sure it’s going to be an excellent partnership.”