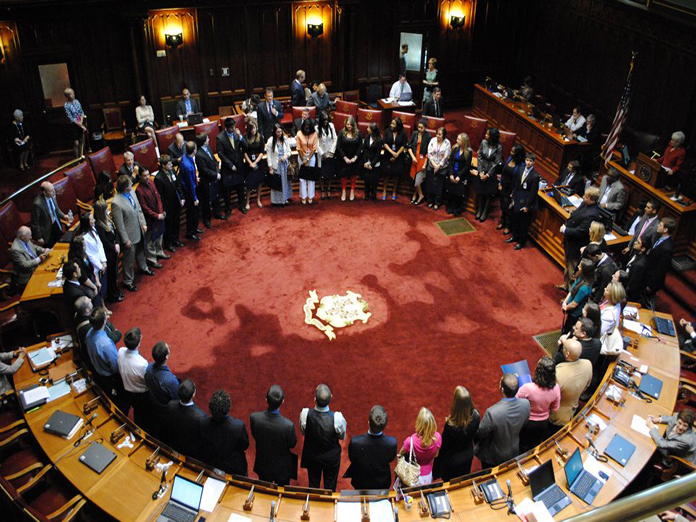 Connecticut Governor Ned Lamont has approved a bill, legalising sports betting and online gambling within the state, pending approval from the Bureau of Indian Affairs at the U.S. Department of Interior.

The bill was approved 28 – six votes on 25th May, authorising Mr Lamont to sign renegotiated gaming compacts with the Mashantucket Pequot and Mohegan tribes.

The bill allows the Connecticut Lottery Corp. to offer online sports betting, keno and lottery games and to operate up to 15 licensed, in-person sports betting facilities that must be at least 25 miles away from tribal reservations.

With the bill having been signed into law, the next step is for the Bureau of Indian Affairs at the US Department of Interior to grant approval to amend the state’s compact with the tribes.

The bill was approved by the House on 21st May with bi-partisan support with 122 – 21 votes.

Gov Lamont commented that “by signing this bill into law, Connecticut is now on the cusp of providing a modern, technologically advanced gaming experience that will be competitive with our neighbouring states and positions us for success into the future”.

“Today, we celebrate the result of months of hard work and dedication toward an agreement that is best for the residents of Connecticut and the respective tribal members.”

James Gessner Jr, the Mohegan Tribal Council Chairman said that “the efforts will keep Connecticut competitive with surrounding states when it comes to gaming entertainment. This is a major accomplishment, reached with overwhelming bipartisan support. The advantages of these changes will be felt state-wide, to the benefit of Connecticut residents and our tribal members, at a time when our governments are collectively working to recover from the pandemic and provide vital services.”

Read next: MGA streamlines Return to Player percentage for both remote and land-based sectors