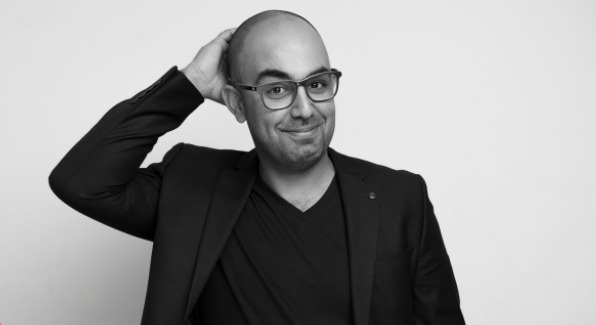 For game developers, COVID and the remote working conditions it brought with it presented some unique challenges.

Particularly damaging is the difficulty it brings in gauging game testers’ feeling towards games as they play remotely – and the loss of observable micro body language for judging their enjoyment as they play.

“You can’t see the glimmer in their eyes, the sweat on their foreheads,” reflects Walid Sultan Midani, co-founder of local indie games studio YouRun Ltd.

This, he says, makes it hard to reconcile what the player is wants, with the vision of the studio.

A Tunisian national, Mr Midani has been involved In the esports and game development industry for over a decade.

In 2004, he set up an esports tournament company in Tunisia, which saw strong success, and demand for its expertise and knowledge to be exports to Europe and the US.

In 2009, he moved into the game development sector, setting up his first studio, Digital Mania. He reflects fondly on the studio, but states that the administrative problems posed by being based in the country were too much of a challenge to deal with.

Over a decade later, his new studio, YouRun Ltd, has released version 1.0 of its platform multiplayer fighting gaming – Warshmallows.

The game aims to offer casual players an enjoyable and competitive esports offering. The ultimate vision is for unlikely gaming pairings – fathers and sons, mothers and daughters, for example – to play the game, and compete against others.

YouRun Ltd brought Mr Midani to Malta, and under his stewardship, produced a game with promising early signs of success.

He sits down with iGamingCapital.mt to discuss the game’s development, how the studio came to be based in Malta, and what some of the perks and challenges of the jurisdiction begin.

The story begins in the year 2018, at Gamescom, a video game conference in Cologne, Germany, with a chance encounter with executives from Gaming Malta (the body charged with supporting and promoting the Maltese iGaming, esports, and game development sector) and Malta Enterprise (a Government body providing general support for startups and established businesses).

He reflects with a smile: “I’d been walking around for hours, and came across the GamingMalta stall by coincidence. The place was packed, and I wanted somewhere to sit, so I sat next to the stall, and was approached by GamingMalta COO Ivan Filletti.

“We got talking, and I was sharing some of the challenges I had been facing, and before long, we were joined by Anthony David Gatt (head of external communications at Malta Enterprise).”

Mr Midani was struck by the helpfulness of the duo, and within two weeks, he was in Malta signing papers to start a local business.

The company was soon able to begin operating locally, becoming a prominent representative of the burgeoning local video game industry.

First of all, he points out that the company has a strong strategy for video games and esports, and that it considers the broad image, while also ambitiously aiming to attract major developers and performers.

Then, and particularly importantly, he identifies the helpfulness of local organisations and individuals – “Where there is an issue, people listen, and try to find a solution,” he reflects.

The island is small, but it is punching above its weight, as a very attractive jurisdiction and market, according to Mr Midani.

There are, however, some drawbacks of the local jurisdiction, and the co-founder points especially to administrative difficulties that, without the support of GamingMalta, Malta Enterprise, as well as partners KPMG Malta, Chetcuti Cauci and Ciantar Associates, his studio might have struggled to overcome.

He also credits co-founder and CFO Aymen Soufi with working wonders handling the administrative and financial side of things.

Additionally, Mr Midani points to the country’s banking system as a draw back, saying it was difficult to open official business bank accounts and get into the local banking system – while noting that thanks to the support received, this challenge proved to be entirely surmountable.

Finally, staffing presents some challenges. The island is small, and as such it can sometimes be hard to find the skilled staff required in the game development industry.

As such, the studio is forced to look abroad to acquire staff, and indeed, has built a very multinational team.

However, when aiming to attract staff to Malta, Mr Midani does acknowledge that while photos make the country appeal, there are quality of life issues that mean that as an expat “it can sometimes be hard to live in Malta.”

In the end, due to the onset of the pandemic in the midst of the development of Warshmallows, this proved to be even more of an issue, forcing staff to work remotely from abroad, and depriving Mr Midani of his ambition to get all members of staff into a room together.

This delayed the game’s development, although YouRun was “very lucky” to find part-time staff locally to help with the broad and nuance requirements of creating the game.

Asked about any additional challenges, Mr Midani lets out a deep sigh: “Well we made it, despite the obstacles that come up all the time.”

Creatively, the main challenge for YouRun was balancing the company’s vision with what players wanted for the game.

Since its release, the game has seen promising early success, although Mr Midani does acknowledge that its not ‘Title of the Year’ – yet.

However, the company is “very happy” with the analytics the game is giving, showing that servers are constantly populated by players – and in the coming weeks, Mr Midani hopes to have a concrete outlook on the success of the game.

Even then though, he won’t take a moment to relax. That, he smiles, will come when the game’s first big international tournament crowns its first world-wide champion.