He has extensive experience in the casino and betting sector 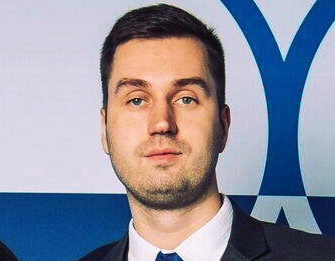 Mobile-first casino games developer OneTouch, which is licensed by the Malta Gaming Authority and has an office in the country, has announced the appointment of Andre Villandberg as its new Head of Games.

Mr Villandberg, who has a varied background as a professional poker player and online casino bonus hunter, has spent the last three years at Coingaming Group after initially joining the company as a casino manager.

He was then promoted to head of casino, playing a significant role in the rapid growth of Sportsbet.io by developing the sportsbook’s casino offering.

Prior to joining Coingaming, the head of games provided insights and advice in his job as gambling expert at Relax Gaming.

OneTouch expects Mr Villandberg, who is based in Tallin, Estonia, to help boost its content capabilities, bringing his industry knowledge and experience to bear in his new role overseeing its content strategy as it continues to expand globally with a portfolio of mobile-first slots and classic table games.

Petra Maria Poola, head of business development said: “Andre has impressed everyone at CoinGaming with his drive and expertise and has been a big part of the company’s growth and success in recent years.

“As mobile gaming continues to explode in popularity globally, Andre will be at the forefront of OneTouch’s efforts to serve players with on-the-go slots and table games of unparalleled quality”.

Mr Villandberg celebrated the new appointment, saying: “OneTouch has been making moves in regulated markets worldwide thanks to a mobile-first games portfolio that is renowned for its premium quality.

“Having witnessed its rapid progress during the last three years I have spent with Coingaming, the change to take a leading role in the delivery of innovative content is one that I highly relish.”

OneTouch is a prominent provider in the iGaming world, known for a focus on creating compelling, high-quality mobile content with simple yet enthralling entertainment experiences.

It has signed a host of new partnership deals over the last year including with Relax Gaming and White Hat Gaming.

Read next: US sportsbook giant DraftKings reaches deal to acquire GNOG for $1.56 billion