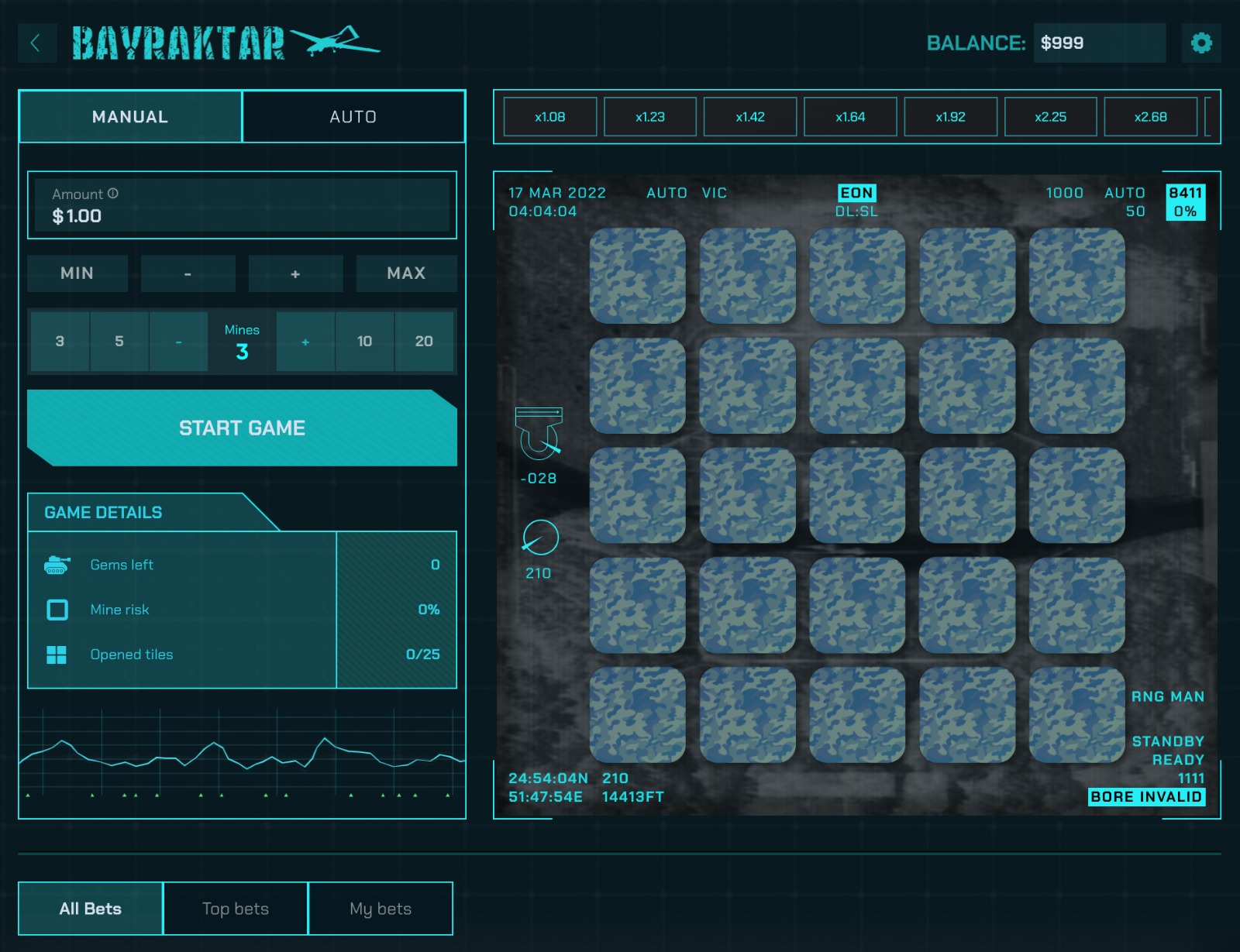 The eyes of the world are focused on the Russian invasion of Ukraine. Turbo Games, as a Ukrainian company, says it knows the reality of the situation facing the country firsthand.

“Every citizen believes with all his/her heart in the victory of Ukraine thus we were inspired to create the game – BAYRAKTAR,” it said.

The Bayraktar is an unmanned combat aerial vehicle capable of remotely controlled or autonomous flight operations, produced by a Turkish company.

The aircraft is monitored and controlled by an aircrew in a ground control station.

The visual representation of the game is said to be almost identical to the interface of the real ground control station of Bayraktar, including geographic coordinates, commands and other details.

The aim of the game is to find as many tanks as possible and not to miss. With each detected tank, winnings increase.

A player can cash out after each successful detection and take his winnings or use an autoplay option where a player can customise various settings.

“A player should turn on his/ her fighting spirit, find all the tanks and not miss the shot! The more tanks are opened, the more money gained!