Nearly 20 years from its 2002 establishment, the company is now listed on the Swedish stock exchange 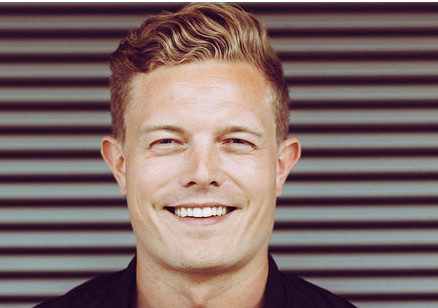 The IPO, characterised by CEO Daniel Pereaux as hailing the beginning of the next Fragbite chapter, was first detailed in June, when the group published its new company description and detailed the offering.

Taking to social media to discuss the event, Mr Pereaux described the IPO launch day as “truly something special” which he expects to have created a “memory for life”.

He thanked his colleagues for their support, as well as other senior executives at the company for appointing him to lead it in 2018.

“I would like to take this opportunity to highlight my gratitude to some persons who all have been a part of this listing in some way. First, back in 2018, thanks to Patrik Sandberg and Douglas Roos who believed in me and gave me the chance to jump on the new project as CEO, a role I’ve never done previously”.

Explaining the company’s philosophy and thanking his predecessors for their work, he stated: “With a high ambition to keep being a leading esports voice in the Nordics – we started to build the new Fragbite, a brand that has been around since 2002 with so many amazing persons that made that name to an actual brand.

“Thanks to all of you that worked with Fragbite before I joined, this would never have been possible without you”.

Mr Pereaux, who also describes himself as a DJ/Producer, was, prior to his position at Fragbite, working as Creative Account & Project Manager at Creative Studios for Nyheter24-Gruppen.

In his time at the company, he has seen it grow into something which, in his words, “is something I’m very proud of.

“We are a leading esports media company with a diversified business model built on a team that shares one vision, to create value for the esports scene”.

The company’s successes, which aside from the listing include the crafting of esports content for millions of viewers, to winning marketing awards with customer activations, have come in parallel with the rapid growth of the esports industry in recent years – a growth which is only expected to continue.

According to the release of the company’s listing plans in June, the offering price for shares was said to stand at SEK4.00 (€0.39), reflecting a total market value for the company’s shares of approximately SEK281 million (€27.46 million), prior to the listing.

Addressing the listing process itself, the CEO acknowledged, “to list a company is not easy”, and he was “very impressed with all the hard work” from colleagues at parent company FunRock, which is now Fragbite Group.

“This is the start of a new chapter for us but still on the same journey of our hard work to keep on creating innovative value for our company. We (Fragbite) are proud of being a part of this exciting group (Fragbite Group) with both companies within gaming and esports and ready to keep on expanding globally.

“Once again, thanks to everyone who’s been a part of this journey up to this day. I’m forever grateful”.

The listing is only the latest in a promising period for Fragbite, which, less than two months previously completed the acquisition of Indie mobile game producer Playdigious SAS.

At the time, Mr Tengvall commented that the move would give Fragbite “good opportunities to be able to build a strong platform to grow further from.”

Read next: After wildly successful Euro 2020, sportsbooks look ahead to Olympics