After climbing a literal mountain, professional challenges are bound to seem less daunting for the participants 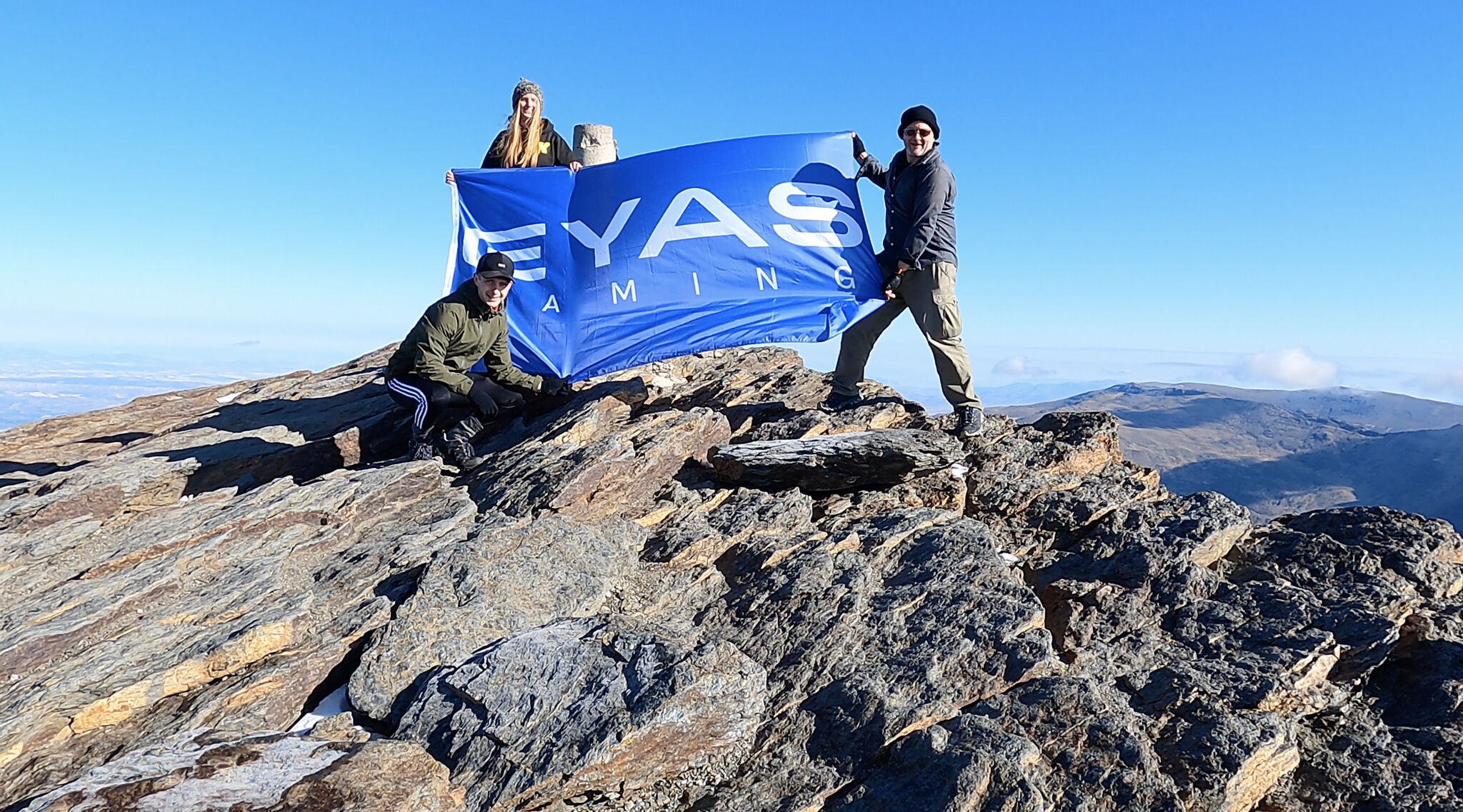 The beautiful scenery at the highest mountain summits in mainland Spain was on Sunday punctuated by a team of climbers from Eyas Gaming, who celebrated the achievement by raising the company’s flag at the point.

Announcing the achievement on social media, the company’s talent acquisition manager Helena Scone proclaimed: “Eyas on top of the world.”

Recounting the journey embarked on by the “small band of intrepid explorers,” she says they weathered blazing sun, freezing fog and hail, and that temperatures dropped to minus eight degrees at one point.

She celebrated: “2343m of vertical ascent, 43km of hiking, over 13 hours straight, and conquering the two highest peaks in mainland Spain … all in just one day! Amazing job guys!”

Indeed, speaking to iGamingCapital.mt, the event’s organiser program director and “part-time madcap mountaineer,” reflects: “It was a very difficult and quite dangerous climb in the end. We found ourselves, at around 7 o’clock, in freezing temperatures, with fog disrupting visibility, and no light.”

Referring to the risks facing the participants, which included three Eyas employees and two of their close friends – all experienced climbers – he says he coined the mountain mantra of: “You get down, or you get.”

Fortunately, with teamwork, they did get down, and now aside from the sense of achievement gained from surmounting the summits which is bound to put into perspective any challenges they face at the office, the participants have also grown closer.

The trips are organised regularly, during an annual weather sweet spot of just a few months, with a series taking place, open to all in the office, and climbs of progressive difficulties, so even inexperienced climbers get a chance to participate.

Indeed, the next trip, he says, is going to be more of a “family affair” during the Christmas break.

“These have been very well received,” Mr Howard reflects, “and the team members get a lot out of them, although a lot of them don’t trust me anymore when I describe things as an ‘easy walk’.”

The company targets the German and UK markets, with its slot-led sites featuring content from numerous top providers, including some of the most popular arcade slots familiar to land-based customers.