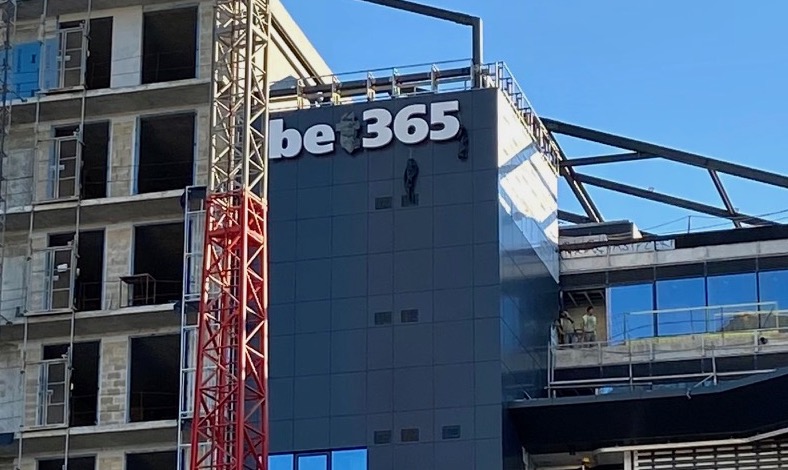 Construction on Bet365’s Malta hub expansion seems to be progressing, as photos received by iGamingCapital.mt show the project having reached a symbolic new milestone – the placing of the company’s logo at the very top of the building.

The new operational hub of the UK-based iGaming titan is situated at massive seafront site in Tigne, Malta.

The company’s acquisition of the prime real estate was first revealed in May 2018 by The Sunday Times of Malta, which also claimed that the company would be moving completely from its operational base in Gibraltar to Malta following Brexit.

This claim was eventually denied by Bet365, which said that while it would be significantly expanding its Malta operations, it would be maintaining a presence in Gibraltar.

According to the initial report, the deal to acquire the property was expected to cost the company €70 million.

Bet365 is one of the world’s largest iGaming companies, and one of the UK’s largest privately-held companies. Its owner, Denise Coates is the richest woman in the UK and pockets a salary of over £421 million annually.

The company employs a total of 5,000 people in offices across the world and has had a presence in Malta for a number of years prior to the recent expansion, maintaining a small office in Ta’ Xbiex, before opening a Sliema office in 2018.