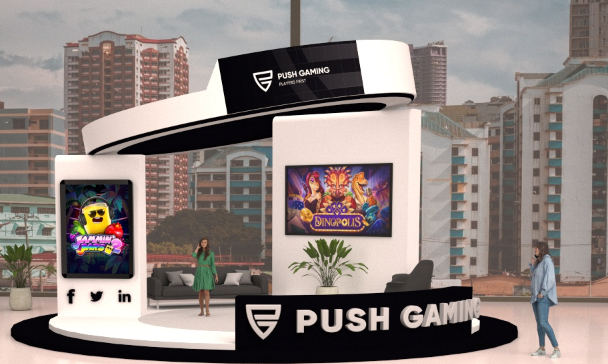 Push Gaming has launched its growing range of player-first games in Romania as the provider continues to grow its European footprint.

The announcement will see Push Gaming bring its award-winning games to the Romanian market, following its full certification to the standards set by Romania’s national regulator, the ONJN.

The respected accreditation and Push’s recent growth is expected to allow it to partner with multiple leading operators as the supplier prepares to announce a series of multiple high-profile deals in the next few months.

Established as one of Europe’s most exciting tier-one game providers, Push’s content provision to new operators includes the SiGMA Europe Game of the Year, Jammin’ Jars 2, as well as winner at the CasinoBeats Developer Awards – Dinopolis, proving hugely popular with players with a one-of-a-kind dinosaur-based theme.

Led by Fiona Hickey, Head of Sales, the popular studio says it aims to continue its “record-breaking” 18 months of commercial success – with a mission to keep players at the heart of its highly engaging and immersive content.

Commenting on the supplier’s expansion plans, Ms Hickey, said: “While already well-established in a relatively short space of time, the Romanian market has great potential to become even bigger and our innovative portfolio of games sets us up perfectly to make the most of the opportunity.

“These are exciting times for Push, we’re growing at a remarkable pace and with new key hires in place behind the scenes to support our accelerating expansion we’re in fantastic shape to make our mark in several new regions.”

Established as one of the industry’s most entertaining suppliers, Push Gaming is live across the majority of Europe’s key regulated markets with the likes of Casumo, LeoVegas, Entain, The Rank Group, Betsson and PaddyPowerBetfair. Its growth roadmap is set to see entry into more global jurisdictions with further top-tier partners throughout 2022.