The awards were held live in London on Tuesday 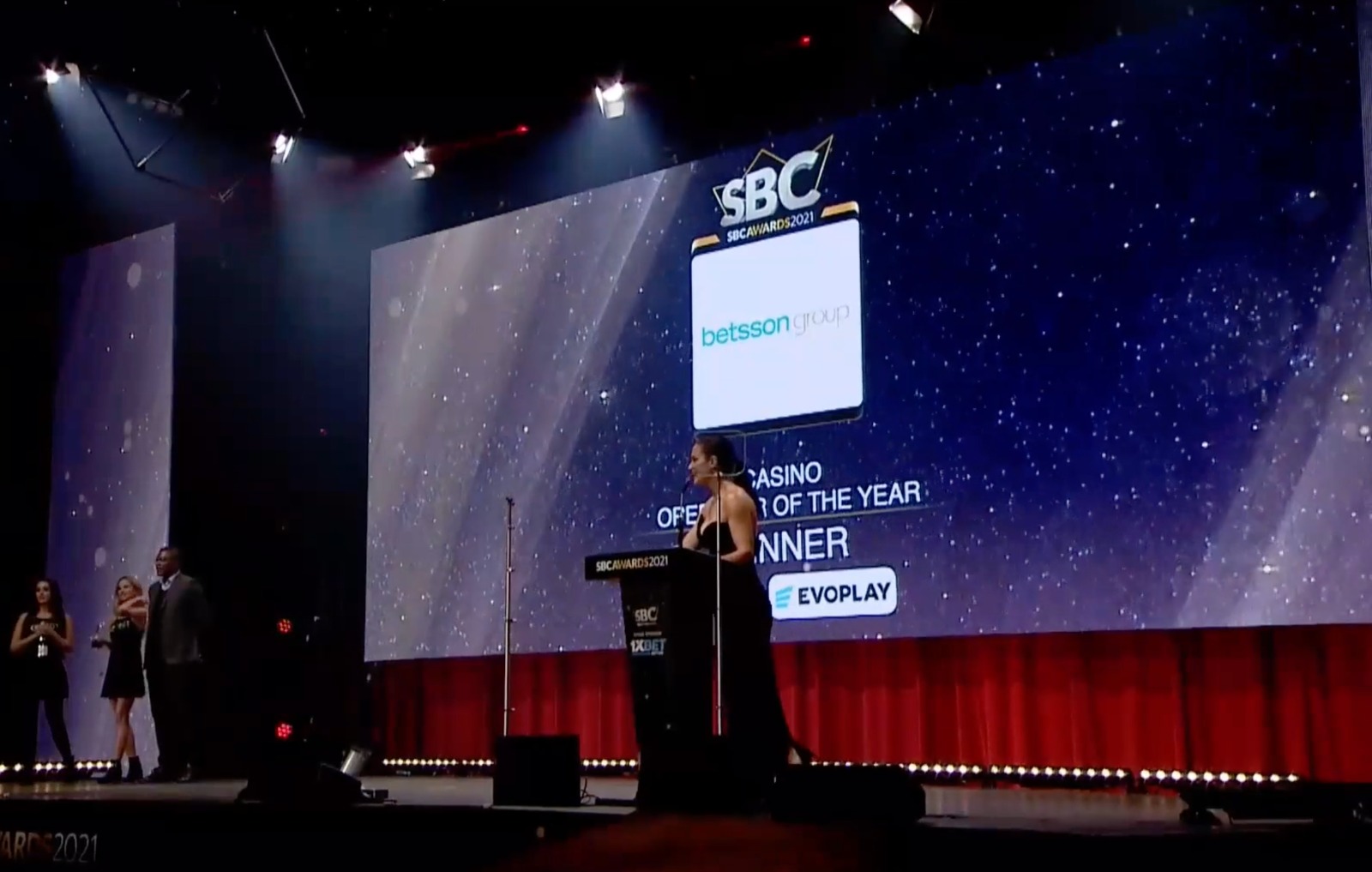 Betsson Group has announced it won in three categories at the SBC awards, held live in London on Tuesday – but attended virtually by the company due to recently introduced travel restrictions due to COVID.

Now in its eighth year of rewarding and celebrating the very best in sports betting and gaming, the SBC Awards recognise the achievements of operators and affiliates, as well as suppliers from across all the major disciplines including payments, marketing, platform providers and data.

The first category that Racebets (part of Betsson Group) won was Racing Sportsbook of the Year. This award was created to recognise the best racing sportsbook of 2021 and the category was awarded to the operator that has been the most innovative and successful in its activities in 2021 with regards to horse racing.

The judges placed particular emphasis on growth, new market penetration, quality and differentiation of operations and interaction with the sport of racing.

The second win for Betsson Group was for the Socially Responsible Sportsbook of the Year Award. This award was created to recognise achievements in the battle against problem gambling.

The category was awarded to the betting operator that has been the most proactive and successful in its socially responsible activities in 2021 and judges looked at training, awareness campaigns and fundraising.

The third and final award that Betsson Group walked away with during the evening was the coveted Casino Operator of the Year.

This award recognises the best overall casino operator of 2021 and was awarded to the operator that has been the most innovative and successful in its activities in 2021. Judges gave particular emphasis on growth, new market penetration, marketing, quality, differentiation of operations and strength of brand.

In a pre-recorded message addressing the event, Jamie Busby, head of live casino at Betsson, thanked SBC for the recognition, saying it meant a lot, especially considering all the hard work from the team during the year.

Similarly: Roderick Spiteri Schillig, Betsson’s head of external communications and the professional charged with preparing the company’s awards bid, in comments to iGamingCapital.mt, said he was “extremely pleased that Betsson Group was once again recognised by its peers in these awards by winning three important categories.

“A big well done to all the teams at Betsson for their amazing work – making my work of putting the award submissions together somewhat easier,” he exclaimed.