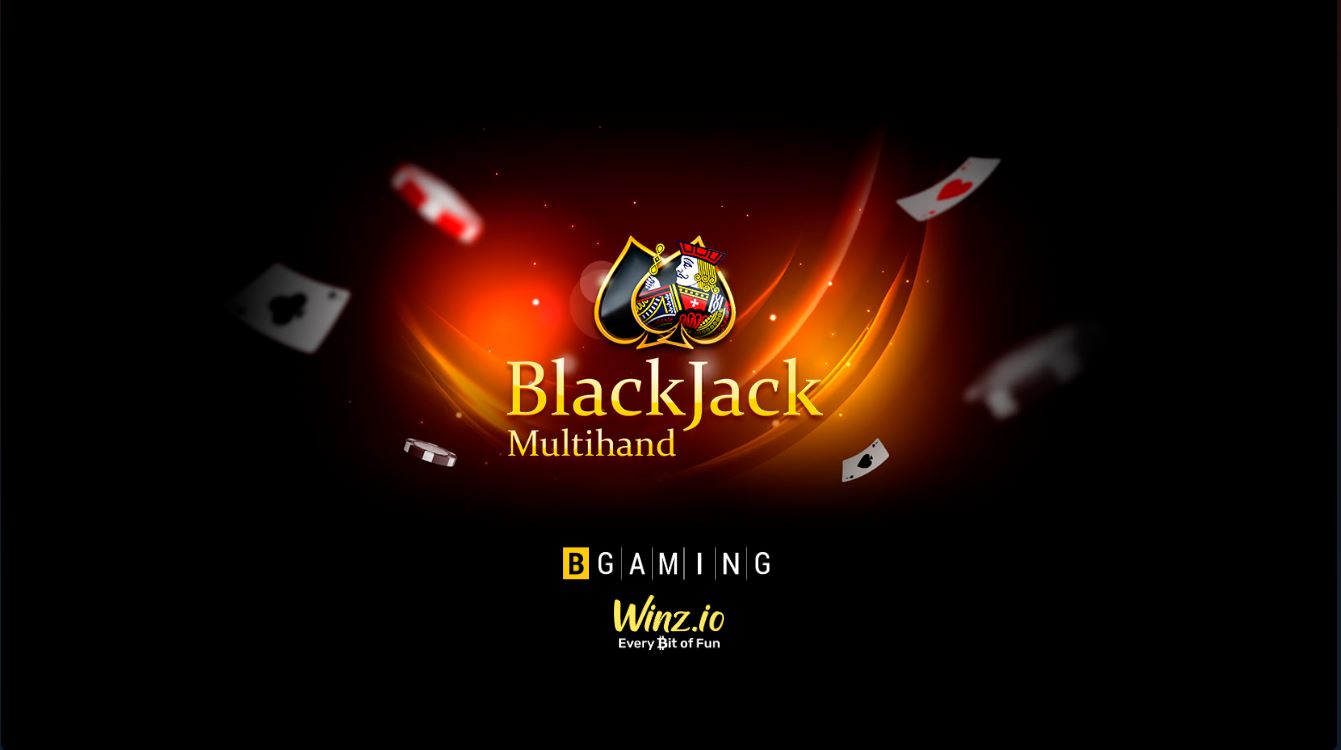 A new game has been made available at Winz.io that many players are going to love and enjoy whenever they play!

BGaming’s Multihand Blackjack has been branded with the name of the BTC casino, thus allowing gamers to enjoy the very best visual experiences and only being able to find this particular version of the incredibly brilliant game at Winz.io!

As we know, a lot of casino games are immediately appealing to punters because of the visual designs that have been created, with players able to find it easier to engage and concentrate better when they find a design that they like.

Indeed, this Winz.io branded Multihand Blackjack title will allow them to do exactly that, thus taking the overall level of entertainment enjoyed at this BTC casino to a greater level than what was already being experienced.

How is Multihand Blackjack played?

Multihand Blackjack released by BGaming is an incredibly popular title and one that has continued to attract players from all around the world ever since it was released and made available. In fact, calling it “popular” would have to perhaps be considered an understatement given the number of punters regularly enjoying it.

The game is incredibly popular because it is very simple to play and enjoy, regardless of whether you are a seasoned professional or if you are a beginner that has never played this type of game before. So, how do you play it?

Basically, the aim of the game remains the same as any other blackjack variant. Players need to be able to obtain a total number that does not go over ‘21’ but need to be as close as possible as they compete against the dealer who also has a hand.

However, Multihand Blackjack will see a total of six decks being used – thus allowing 312 (6×52) playing cards to be in play with each round. The dealer will also deal with three hands. Each card’s value is represented by the number that it has on it, whereas the royal cards (Jack, Queen, and King) are all worth 10.

Aces are the highest and lowest cards in this game, as they can either be worth 11 or they can be worth 1. Naturally, this will depend on the value of the other card in the hand.

What are some key figures that need to be known?

Of course, whilst Multihand Blackjack casino game is an easy game to enjoy and play, there are other factors that have allowed the game to be as popular as it is today.

The return to player (RTP) is always a key aspect when looking at games to play, as this will provide a theoritical percentage regarding how often a win can be achieved. This version of blackjack has a 99.22% RTP rate, thus making it very appealing amongst gamers.

Additionally, the bet values that are possible to place on each round of this game are also very appealing, as they accommodate players of all budgets. A minimum bet of just 1 credit is all that is needed in this title, whereas a maximum of up to 5,000 can also be placed!

If you ever wanted to play Multihand Blackjack, you now have the chance to do so at Winz.io with a specifically branded theme: the casinos logo! This will instantly help players to achieve a more immersive experience and one that will allow them to enjoy the very best visual experiences possible.

The same great rules of this classic casino game remain, whilst the appealing RTP rate and bet values will only further highlight why this card game is one of the most popular around!