Innovation and consolidation: What’s in store for the iGaming industry in 2023?

The sister brand to this platform, iGaming Capital magazine 2023 has officially hit the shelves in a jam-packed edition filled with topical insights 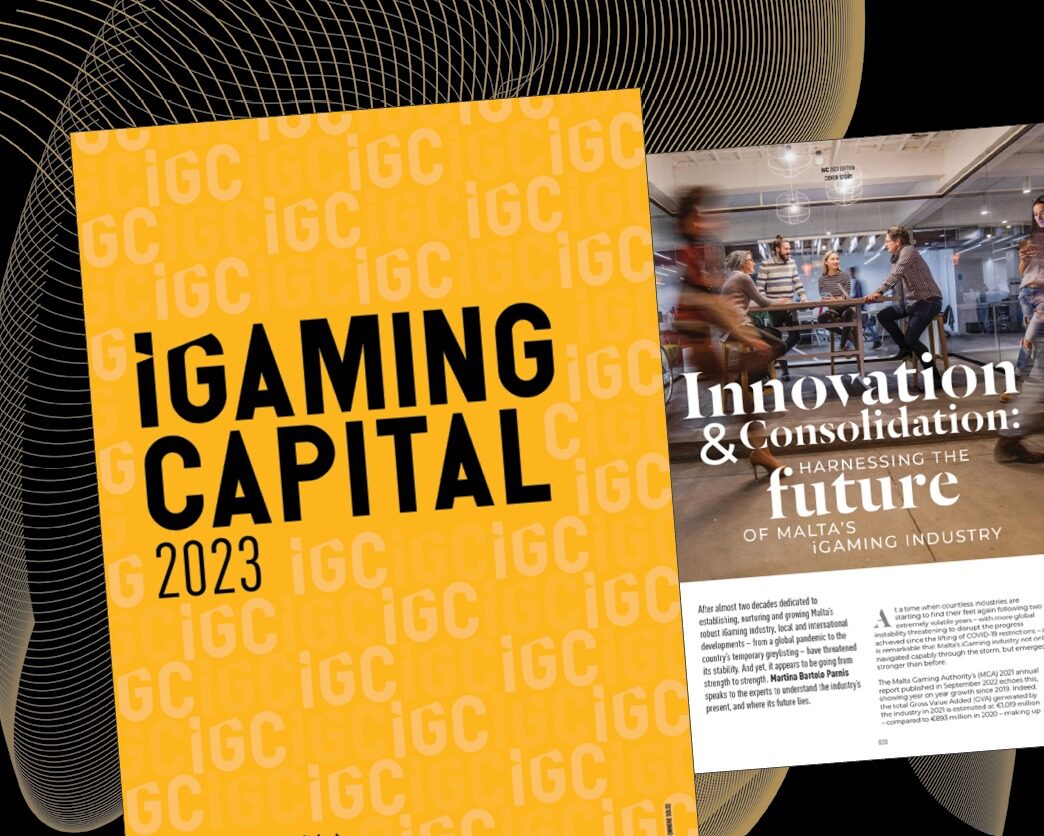 At this time of year, journalists turn to experts and stakeholders in their fields to understand what the following year will hold. And, after three years of curveballs, specialists are getting weary of making their own predictions.

Despite this uncertainty, the iGaming industry has continued to thrive through the global turmoil, and the sector in Malta is no exception. Indeed, the recently published Malta Gaming Authority Annual Report for 2021 has shown notable increases both in revenue generated as well as new licences issued, which reflect the sustained confidence in this ever-growing market segment.

In the 2023 edition of iGaming Capital magazine, produced by Content House Group, industry leaders shed light on the successes and challenges their businesses are facing within Malta’s iGaming ecosystem and share insight on what they anticipate will be testing, as well as exciting, the industry in 2023.

Indeed, Russel Mifsud – Director and Gaming Lead at KPMG Malta believes Malta’s exit from the Financial Action Task Force (FATF) grey list has resulted in a stronger business environment, while Environment, Social and Governance (ESG) benchmarks provide a solid opportunity for the industry to collaborate and “move the needle on public perception”.

Lahcene Merzoug, CEO at PressEnter feels that all stakeholders in the local iGaming ecosystem have a role to play in maintaining the flourishing sector that has been jointly curated over the years.

Despite the general health of the industry, the issue of staffing and acquiring talent is ever-present, with LeoVegas Group CEO Stefan Nelson admitting the company has big ambitions, but without the right resources it will be highly challenging to pursue those ambitions.

With regards banking, which has become somewhat of an elephant in the room within the Malta-based sector, industry leaders admit that banks are still shy to work with Malta and the industry, which can stifle growth but also result in innovative workarounds.

Meanwhile, a raft of regulatory changes across Europe is expected to be top priority in 2023. With the ongoing wave of local regulatory requirements, several firms that have been offering their services via a Malta Gaming Authority licence will have to shift towards acquiring local licences in the jurisdictions they serve clients.

In this edition, iGaming Capital magazine also features frank one-on-one interviews with top guns in Malta, that shed light on where these players – and their respective industry – stand today, and where they are heading. Included in this feature are heavy hitters such as Jesper Svensson, CEO of Betsson Operations, Trevor De Giorgio, Head of Compliance at Play ‘n Go, Kenneth Brincat, CEO of the Malta Digital Innovation Authority and Ivan Filletti, CEO of the Malta Gaming Foundation.

Experts in the field of Artificial Intelligence share their views on how new technology is finding its place within the online gambling world, and the efforts needed to make it more accessible and trusted.

There’s certainly plenty to explore, think about, and be inspired by as the sector goes into this thrilling next era of an industry that has already achieved so much. With this and much more, we hope you enjoy this year’s edition of iGaming Capital magazine.