CasinoBeats Summit panelists advocate for a balanced approach to marketing 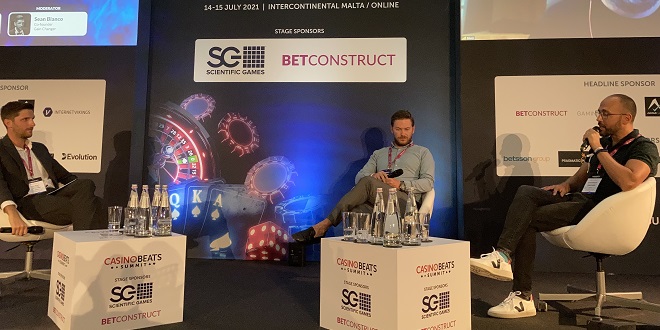 In the age of the influencer, marketing teams might be inclined to focus all their energies on influencer marketing campaigns at the expense of more traditional search engine optimisation (SEO) campaigns, seduced by the impressive profits and immediate effect these influencer campaigns can have.

SEO marketing is stark in contrast. It requires gradual investment over an extended period of time, allowing businesses to raise their position in search engine results, allowing them to more frequently appear in search result lists and receive more visitors. The immediate payoff is usually less and the investment (at least in terms of time), is greater.

It raises the question – Is SEO becoming redundant? – a question which, speaking at this week’s CasinoBeats Summit held in Malta, a team of panellists comprised of some of iGaming’s leading SEO and marketing figures set out to answer.

A key conclusion reached by the panel was that a balanced approach was important so companies can get the most out of SEO while riding the modern-day wave of influencer marketing.

“Rather than looking at it as SEO or influencer marketing, if you blend them together you can achieve much better ROI and player value than if you segment the two”, explained Lee Beirne, Head of SEO at Ladbrokes Coral.

Another expert, Wesley Kock, key account manager at Internet Vikings acknowledged that both methods have pros and cons. For example, SEO and acquisition methods can often be comparatively more predictable than using influencers, “depending on how these influencers portray the brand, or how they behave.”

Eitan Gorodetsky, acquisition director at Betsson Group identified that while a proper SEO campaign takes time – meaning it is less popular in the industry Mr Beirne said has become all about “instant gratification” – they are worth it.

“For SEO, you really need to change your mindset – it’s not about short term revenue”, he said. “If you build SEO programs, you are building a product. You are actually going away from trying to get quick revenues.

“Building a product is like building a house. If you are an affiliate looking to diversity your programme, start by talking to someone who knows what they’re doing who can give you strategic input over at least two or three years”.

Panel moderator Sean Bianco, co-founder at Gain Changer, concluded that with influencer marketing company’s can make some short-term revenue, but if they stop investing they will stop seeing results, whereas if they invest in the long term they’ll see long-term value.

Mr Beirne concurred, stating: “With SEO, we have an article on our website from three years ago still generating traffic and FTDs.”

In some jurisdictions, the choice is further complicated by the role of regulators.

For example, explained Mr Kock, in the Netherlands, new regulations will dictate that influences can never have a certain proportion of the viewership be minors.

Similar, Mr Gorodetsky explained, regulators are having an effect on SEO efforts: “Regulators are making life more difficult for SEO. For example, in some markets, we can’t link build like we used to. The other side is if you ask any acquisition person what they care about they will ask you – what’s the CPA?

“When you come into the SEO world you will see small CPAs maybe, but its not the way to look at it. Where’s the product development, the hosting, the content, the link building?

“It becomes a big one and can take years to see results, but this is why companies find it so hard to invest – or sometimes they start and then they stop. instead, you should look at SEO as I’m doing product marketing. SEO is the bi-effect of doing it property”.

Read next: Surprise and delight as iGaming IDOL award nominees respond after making the cut